A drought has been officially declared across the entirety of West Wales Rivers Trusts catchment, South West Wales, after an extended period of dry weather and low rainfall caused water levels to plummet. 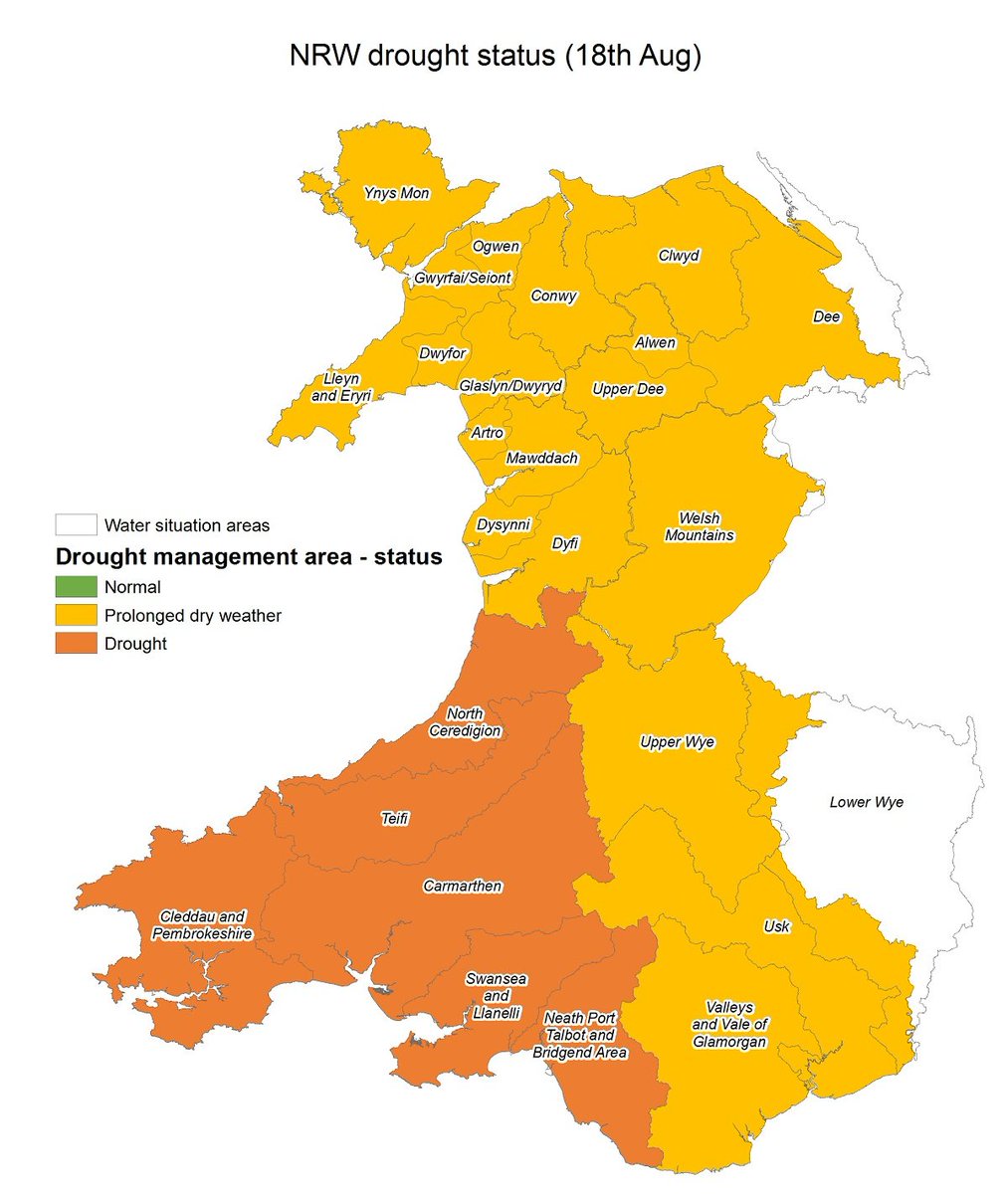 Natural Resources Wales (NRW) announced the threshold to trigger drought status in south-west Wales was met today, Friday 19th August 2022. The decision was taken by NRW and the Welsh government’s drought liaison group after discussing the impact of the prolonged heatwave on our environment, particularly rivers and reservoirs.

The drought-affected areas are:

This follows on from a hosepipe ban which was implemented in Pembrokeshire and parts of Carmarthenshire due to the strain on public water supplies. While certain parts of Wales may be experiencing rain, it can still take a long time to recover from drought.

Sadly, drought is the new normal. Our summers will be hotter and drier; our winters will be colder and wetter. Without intervention, these seasonal extremes will only serve to exacerbate each other. Drought hardens the soil, reducing water infiltration—so when the downpours come, flooding is almost inescapable. Despite the warnings from climate scientists, we are still poorly prepared for these conditions. Our current plans for drought reflect what has worked in the past—but these measures will not be adequate in our changing climate. We are suffering from short-term thinking and praying for rain—but in reality, a deluge won’t cut it. We need long-term, strategic action to safeguard water resources in Wales.

We are asking Dwr Cymru to take urgent action to reduce leaks from their infrastructure — between 2020-21, 170 million litres of water were lost every day in Wales. We want to see support, incentives and guidance for households and businesses to reduce their water consumption. Furthermore, if we want to weather out the drought, we need sustainable drainage to be implemented on a massive scale, making features such as rain gardens, wetlands, and permeable pavements commonplace in our towns and cities. By creating greener, wetter landscapes, and restoring healthy soils, we can use our floods to remedy our droughts; water can be captured and held during periods of rain, then released slowly over time.

We appreciate the frustration with the current conditions. As a Trust, we will continue to identify and explore opportunities for habitat restoration to improve environmental resilience during these climatic extremes.

In the short term, we recommend the following:

Can You Help Us?